The trials and tribulations of an Independent Author.

Posted on 24th Jul 2020 By becomingpublished

Tell me about your book?

Here’s the thing. I was sitting down to do my contact letters for Agents, or more accurately I was sitting down thinking about doing contact letters, with the word SYNOPSIS blurring in my vision because I stared at it for too long. I’m sure my previous synopsis sucked because I didn’t know what the hell I was doing. This new one will probably still be crap (although much shorter), but a better variety of crap. Maybe this time it will actually catch someone’s attention.

Anyway, what I realised as I sat contemplating the angst of publishing was that I struggled to tell people succinctly what my book was about. It wasn’t because I didn’t know my story or the plot. I realised it was because I was too invested in the drama of my writing and I didn’t want my listener to miss out on anything important or the subtle bits. Oh, believe me when I say, I could talk about my book until the cows came home, but then you wouldn’t need to read the book because you would know everything. Obviously not what should happen.

So, I decided I had to tell someone about my book in 100 words or less. Sounds easy because that’s still a lot of words but when you really do this, you realise it’s not that many words at all. I pulled books from my shelf and read the back. I considered how they summed up everything. I listened to things on YouTube and read a lot of stuff. I noticed consistencies in what they were all saying, and it all seemed clearer.

These were the things I needed to tell people:

It looked straightforward and you know what; it was in the end. I decided to write my new Synopsis this way but just with a more dramatized focus. The breakdown of my book for family, for friends and for the media (planning ahead) needed to be less of a production and instead more casual in tone. It would probably be more than 100 words long but only a touch over.

Here’s an example of the above from “Die Trying by LEE CHILD”. There are only 73 words in the blurb for this story and I pulled the words that lined up with the above points.

When you see it like this, it all makes sense. You can pick up any book and see this formula. There was other information in the blurb, which slipped into more than one of the above categories, that added more colour to the story’s potential drama. This book was summed up nicely in under (well under) 100 words but it was enough to make me want to read it.

I knew who it was about, what triggered everything, roughly where things would take place, and there was an FBI twist. But let’s not forget that this is a “Jack Reacher” novel and no matter how the odds (problems/conflict) are stacked against him, he always comes out okay. Banged up, but alive. It’s not about the ending but the journey. Clearly, I’m a huge Jack Reacher fan, visually obvious when looking at the (almost) entirety of this series on my bookshelf.

Anyhow. I wanted to share this because it just leapt out at me and I went “HELL YEAH”. That was so simple. Why didn’t I see this before? So, I thought I would share this knowledge so you could have your moment too.

I have attacked my most condensed synopsis version and dragged out the details as listed. I then checked my sentence structures to see if I could say more with a simple word change. Culled sentences in preference of another more directly related to what my potential reader needed to know (because I still wanted to tell them everything but couldn’t). I think I’m nearly there.

My synopsis is 97 words, and I’m still playing with it.

← Why Self Publish
Judging a book by the Cover →

2 Comments on “A Synopsis Please” 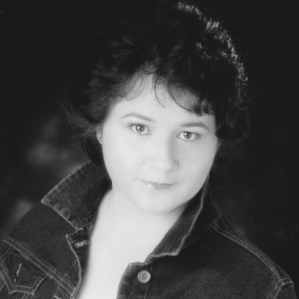 Considering I endeavour to become a published author, you’d think I’d be capable of writing a short paragraph to introduce myself… But, it turns out that I am terrible at writing non-fiction. So, I suppose nobody should be expecting a title falling within that category. EVER.

I am currently an unknown author residing in the Sunshine State of Australia. For those of you who aren’t familiar with the Australian states, Queensland… I’m in Queensland. I’ve created this blog to both document my journey through the publishing process; and share my experiences with those of you considering a similar path.